All across the country, kids are starting school — either for the new school year or for the first time. Some schools are already in session, while others start in the next few weeks. Of course, this got me thinking about books related to the start of school. 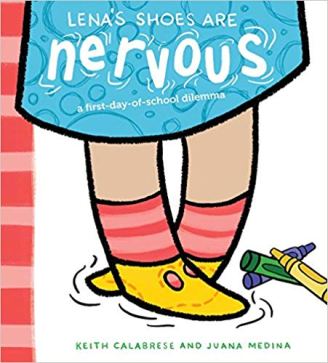 As usual, my thoughts first jump to picture books. Several brand-new books are out that celebrate starting school. Possibly my favorite is Lena’s Shoes are Nervous by Keith Calabrese. Lena is excited about her first day of school, and so is her dress and her hairbow, but oh my, her favorite shoes are very nervous! Her shoes don’t want to let Lena go to school. How will Lena solve this dilemma? Read this delightful book and find out.

Two more school-themed picture books are hot off the press this month. The King of Kindergarten by Derrick Barnes and Vanessa Brantley-Newton is a celebration of new adventures, being confident and thoughtful, and facing new experiences with gusto. Butterflies on the First Day of School by Annie Silvestro begins with less confidence — Rosie is excited to start school, but she wakes up on that important morning with a stomach full of butterflies. They stay with her as she goes to school, but through the day, she manages to set them free as she makes new friends, meets her teacher, and discovers that she’s not the only one with butterflies.

My favorite school picture book from last year is We Don’t Eat Our Classmates by Ryan Higgins. Penelope is starting school for the first time, and she’s very excited. She has her lunchbox, her backpack, her first-day-of-school outfit; she’s ready! But she’s quite shocked when she gets to school and discovers that all her classmates are . . . CHILDREN! You see, Penelope is a T-rex. It’s not easy being a dinosaur in a room full of humans (especially since children are so very delicious). Penelope finds it challenging to make friends (especially since she keeps eating them). But with perseverance, perhaps she can navigate the hazardous world of school.

School’s First Day of School by Adam Rex is a different take on the school-starting theme. School is a brand-new building. He doesn’t know what “school” means, except that it’s his name. At first it’s just him and Janitor, and things are quiet. But then one day lots of grownups and children fill him up, and he learns about things like rectangles and lunch, and life becomes very full. At the end of the day he asks Janitor “Do you think you could invite everyone to come back tomorrow? Especially that little freckled girl?” And it seems likely that Janitor can see to that. 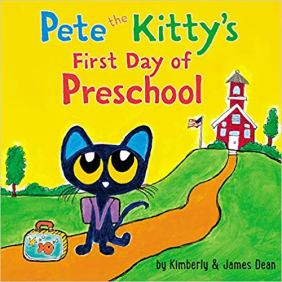 A classic school picture book is Pete the Cat: Rocking in My School Shoes by James Dean and Eric Litwin. But did you know there’s a new kid on the block? There are now several books about young Pete the Kitty, including the boardbook Pete the Kitty’s First Day of Preschool. This simple story is a great way to prepare young children for going off to preschool or daycare. Spot Loves School is another boardbook that gently introduces the idea of school to the youngest of booklovers. 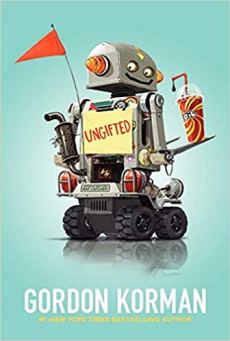 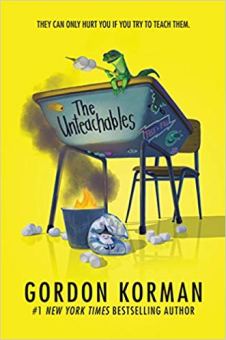 Moving on to somewhat older readers, one of my favorite writers of school-themed books is Gordon Korman. His books often feature a new-school theme. Ungifted, for example revolves around Donovan Curtis, a goof-off, trouble-making middle-schooler who accidentally gets sent to a magnet school for gifted and talented students. He is definitely out of his element, but still manages to find friends and carve a spot for himself there — sort of. Schooled sees 13-year-old Capricorn Anderson attending school for the first time ever, after his grandmother Rain has an accident. But Capricorn is no ordinary homeschooled kid; he’s been living on a ranch commune his entire life. He wears sandals woven out of corn husks, pants that look like pajamas, and has never had a haircut in his life. How can he possibly survive when he’s dumped smack into middle school? The Unteachables is as much about endings as beginnings. Here the students are those who have been kicked out of regular classes — they’re considered unteachable and uncontrollable, so being assigned to teach them is widely viewed as the worst punishment possible for a teacher. Their teacher this year? Mr. Kermit, a burned-out teacher who’s planning to retire at the end of the school year. What can possibly happen? A lot, as you’ll find out when you read it. 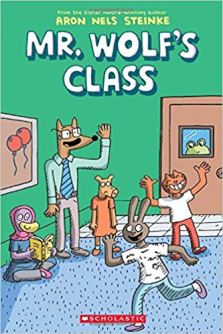 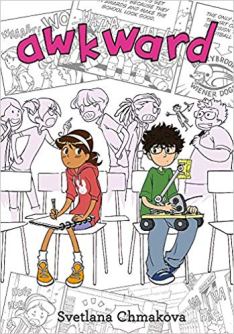 Turning to graphic novels (and no, this doesn’t mean Fifty Shades of Gray; graphic novels are books that use a combination of text and art, typically in comic-strip style panels, to tell a story) Mr. Wolf’s Class by Aron Nels Steinke is a twist on the new-school theme (and the start of an enjoyable graphic series). Here Mr. Wolf is the newbie, starting his first year teaching at Hazelwood School. Most of his fourth-grade class already know each other, though Margot is new to the school. The antics of teacher and students make this a fun read. Swing It, Sunny by Jennifer and Matthew Holm is the second Sunny book, in which she starts middle school and deals with all the ups and downs of that transition. Awkward by Svetlana Chmakova is the first in a series of three graphic novels set in middle school. Penelope Torres is new in town, and surviving middle school won’t be easy. But she’s a really likable character, and we’re all rooting for her. Well, everyone except the mean kids. 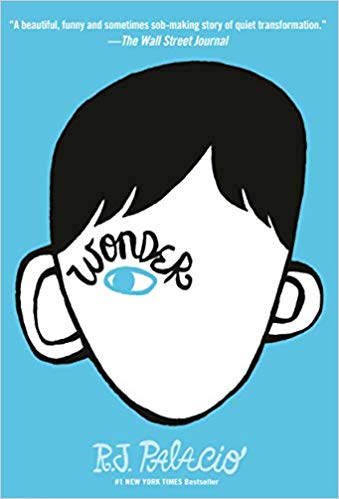 Every so often a book comes along that really takes a different look at the world. Onjali Raúf’s The Boy at the Back of the Class is a good example. There are many excellent novels that tell an immigrant’s story of learning to navigate a strange new world. But this book is different. It looks at the new kid from the perspective of others in the class. They don’t know much about him in the beginning, and when they ask they don’t learn a lot at first. But gradually they learn that the new kid is so quiet because he’s just learning to  speak English. The school administration isolates him from others to give him time to adjust, because he’s a Syrian refugee and has been through more horrors than his classmates can imagine. But the other students don’t know at first why Ahmet is being kept separated so much, thus the situation is confusing and a bit frustrating. How his classmates reach out to Ahmet and befriend him is a wonderful, touching story. Makes me think of Wonder by R. J. Palacio, another superb starting-school book about surviving and thriving despite significant challenges.

And then there are the many middle-grade series involving students sent to special schools because of their magical abilities. Harry Potter and Hogwarts, Callum Hunt and Magisterium, Morrigan Crow and the Wundrous Society, Sophie Foster and Foxfire are some notable examples. As to why all these children start training for their magical abilities at the age of 11 — well, if you know the answer, please share! 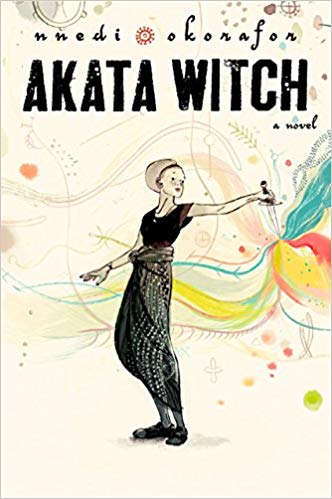 I’ll close with a young adult novel, first of a series, that puts a fresh twist on the students-training-in-magic theme. Akata Witch by Nnedi Okorafor features Sunny, an albino American-Nigerian girl who discovers she has latent magical powers. Sunny and her three new friends, also training their magical powers as Leopard People, start attending an unorthodox ‘school’ of magic at night, while continuing with their regular schooling during the day. What makes this book so fresh and compelling is the Nigerian setting, African culture and lore, the very different manifestation of magical powers, the attitudes of non-magical people towards those who perform magic — it’s a fully fleshed-out tale that really pulls readers inside a fascinating world.