Cold days, colder nights. It’s a great time of year to indulge in foodie movies. Many of these are so rich that one can almost smell and taste the gastronomic wonders. Make sure you have some good snacks at hand — you’re likely to get hungry watching these!

Chocolat is one of my favorite movies. It’s sweet and romantic, and also quite delectable. I get the most profound chocolate cravings when I watch this movie. It makes me want to move to a small town in France that has a chocolate shop just like Vianne’s. The story is part parable, part fairy tale, part romance, and part village gossipers run amok. And chock-ful of amazing chocolate creations. Plus, get Juliette Binoche, Johnny Depp, and Judi Dench in the same film, with Lasse Hallstrom directing, and how can you go wrong?

Babette’s Feast is a wonderful Danish/French film — yes, it’s subtitled — based on a story by Isak Dinesen. It involves French refugees in Denmark in the 19th century, a small village with an abundance of religious scruples, and a once-in-a-lifetime culinary indulgence. It won an Oscar for Best Foreign-Language Film in 1987.

When a California chef suddenly loses his job, he ends up taking a food truck on the road with the help of his ex-wife and his son. Chef is a down-to-earth ode to good food. The grilled-cheese sandwich Chef Carl makes for his son one evening had me drooling as I watched.

Julie and Julia is a celebration of the great Julia Childs and her cooking. I love this movie for all the Julia parts — Meryl Streep is magnificent in the role. As to Julie, the present-day writer with the ambition of cooking everything in Julia’s cookbook, I must confess that these parts of the story didn’t do much for me. But overall, it’s very much worth a viewing. It definitely made me pull out my Julia Child cookbooks again!

If you don’t already know Ratatouille, you’ve really been missing out. Remy is a Parisian rat who dreams of becoming a great chef. It helps that he lives right under a famous restaurant. It doesn’t help that he’s, well, a rat. Technically a children’s/family movie, this one has plenty to entertain children of any age, 1 to 100. 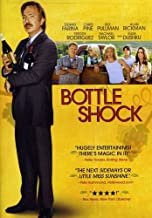 Bottle Shock is based on the true story of the 1976 Paris Wine Tasting that first put Napa Valley wines on the world wine map. In addition to the DVD version, this film is one of thousands available to stream on Kanopy — free with your library card!

The Hundred-Foot Journey is a charming film set in another small French village (hmm, small French villages and great food — could there be a connection?). When an Indian family moves in across the street from a Michelin-starred French restaurant, and open a low-budget Indian restaurant, it’s more than one village can handle. Helen Mirren is superb as the crusty French chef. And this is another film that makes me hungry! 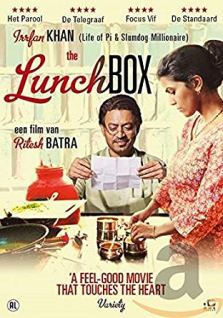 The Lunchbox is a romantic food film of a different sort. In sprawling Mumbai India, many women use delivery services to get their husband’s lunches to them hot off the stove. One day Ila prepares an extra-special meal for her husband in an effort to spice up their marriage, but the meal is mistakenly delivered to someone else. Thus begins a virtual relationship that enriches both lonely lives immensely. Both romance and comedy, this is another food film well worth a watch. DVD has both Hindi and English soundtracks, and English subtitles.

Eat Drink Man Woman is a Taiwanese film (in Mandarin with subtitles) that focuses on food as nourishment for body and soul, and which helps bind a family together. It’s a lovely film, on the quiet side but no less powerful for the slower pace. Tortilla Soup is a Hollywood remake of the story. 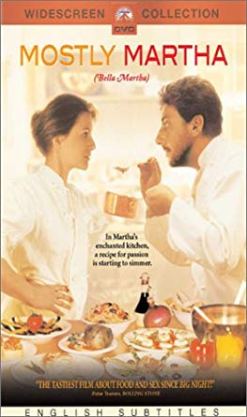 In Mostly Martha, the title character is a painfully-shy Hamburg chef whose life is turned upside-down when she becomes guardian to her eight-year-old niece Lina. Throw in Mario, a charming Italian sous-chef, and the reappearance of  Lina’s long-missing father, and you have the ingredients for a very interesting plot. In German with English subtitles.

Soul Kitchen is a mad romp that gives a very different view of Hamburg from Mostly Martha. Zino Kazantsakis is a hopelessly disorganized Hamburg restaurant-owner who gets every single step wrong as he tries to keep his restaurant, his family, and his love-life afloat. It’s a mangled mess of twists and turns that entertains surprisingly well. There’s less to swoon over with the food in this one, but it’s a rollicking, wacky good time. In German with English subtitles.

Romantics Anonymous is a light French comedy that manages to stay light and fluffy without being simply silly. Two painfully shy chocolatiers must overcome their inhibitions in order to save the local chocolate company. Their ever-so-hesitant efforts are charming and amusing in the nicest possible way. 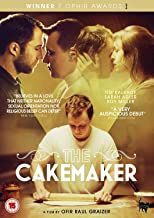 The Cakemaker is a subtle Israeli-German drama about a young German man, a baker, who ends up traveling to Israel after the death of his male Israeli lover. Without revealing his identity, the baker befriends his lover’s widow and starts working at her cafe. Complications abound both on a personal level, and in adhering to the strict rules of Kosher. The film is executed with tremendous finesse, and includes a remarkable array of indulgent desserts. In German, Hebrew, and English with English subtitles.

Delicious is part soap-opera, part comedy, part foodie extravaganza. Leo is married to the beautiful Sam but having an affair with his first wife Gina, from whom he has stolen most of his recipes. Leo dies suddenly, leaving the two wives to battle over the running of his restaurant. It gets a bit too crazy at times, but overall it’s a very fun romp through Cornwall, with lots of delicious food to watch. There are three seasons on DVD so far, with a fourth season in the works.

Doc Martin isn’t a foodie series; it’s first and foremost about a small-town doctor with a blood phobia and absolutely no tact. And it’s hilarious! But it also features Bert and Al, father and son, who keep trying to make a go at every sort of business including several stints in the restaurant world. And watching Doc filet a fish is a thing of beauty. There are nine seasons of this marvelous British show to date, and more in the wings.

The Great British Baking Show is a cooking competition show done as only the British can. Everyone is so nice and so considerate, you forget at times that they’re actually competing against one another. Judged by Mary Berry and Paul Hollywood, two high-profile British chefs, for the five seasons that are currently available on DVD, every episode is partly about the incredible food creations and partly about the ordinary people who are taking part in the competition. By the way, the prize? No $100,000-and-start-your-own-restaurant excesses here; the winner gets an engraved crystal cake plate. And all the contestants and their families come together for a grand picnic celebration during the final episode.

The documentary Spinning Plates follows the fortunes of three very different American restaurants. One is a family-style place in the Midwest that has served the same homestyle food for 150 years. Another is a cutting-edge restaurant in Chicago that is ranked 7th in the world — except the young star chef has been diagnosed with tongue cancer and may lose not only his sense of taste but his life. The third is a start-up Mexican restaurant in Tucson. All three show the power of food in our lives.

The Biggest Little Farm documents the efforts of a young couple to develop a sustainable farm in California. At times it feels a little too glossy and slick, but overall it’s a hugely satisfying and entertaining film that, while not exactly a foodie film, nevertheless tracks food from its beginnings.

Honeyland is a newly-released documentary set in an inhospitable and sparsely-populated region of Macedonia. The film centers on Hatidze, a beekeeper who follows traditional wild beekeeping practices and sells small-batch honey in the nearest city — four hours travel away. Her careful harmony with nature — always taking half, leaving half — is broken when a nomadic farming family moves in right next to her. Hatidze reaches out to her new neighbors, sharing food and supplies with them, teaching them about beekeeping, looking after their many children, but their interest is in making quick cash. The conflict between Hatidze’s sustainable practices and the new family’s exploitation of the land is heartrending.

I know, I know, I haven’t mentioned Like Water for Chocolate, Mystic Pizza,  Haute Cuisine or a bunch of others. But once you’ve viewed this list, you’ll go out and find more — ones that I haven’t even heard of. Bon appetit!